The Invisibility of God is a Great Problem 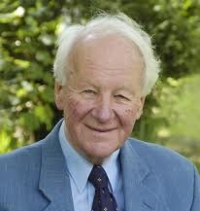 The invisibility of God is a great problem. It was already a problem to God’s people in Old Testament days. Their pagan neighbors would taunt them, saying, “Where Is now your God?” Their gods were visible and tangible, but Israel’s God was neither. Today in our scientific culture young people are taught not to believe in anything which is not open to empirical investigation. How then has God solved the problem of His own invisibility? The first answer is of course “in Christ.” Jesus Christ is the visible image of the invisible God. John 1:18: “No one has ever seen God, but God the only Son has made him known.” “That’s wonderful,” people say, “but it was 2,000 years ago. Is there no way by which the invisible God makes Himself visible today?” There is. We return to 1 John 4:12: “No one has ever seen God.” It is precisely the same introductory statement. But instead of continuing with reference to the Son of God, it continues: “If we love one another, God dwells in us.” In other words, the invisible God, who once made Himself visible in Christ, now makes Himself visible in Christians, if we love one another. It is a breathtaking claim. The local church cannot evangelize, proclaiming the gospel of love, if it is not itself a community of love. ~  John Stott