How Can You Provoke Your Child Into Anger 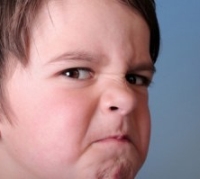 John MacArthur had some excellent thoughts on provoking our children to anger, “Don’t just teach your children external self-control; train them to understand temptation and resist it. Don’t just teach them manners; teach them why pride is sinful and why greed, lust, selfishness, and covetousness dishonor God. Punish them for external offenses, but teach them that the root issue is always a deeper problem – corruption in their hearts. When you correct them, don’t do it merely to satisfy you as the offended, irritated, frustrated parent. That’s anger; it’s vengeance. But when you correct them help them to see that it is first of all God who has been offended and that He offers reconciliation through Jesus Christ (2 Corinthians 5:20).”

How can you provoke your child into anger (Eph. 6:24)? …Here are some easy steps:

Resources on Parenting and Family Worship

Don’t Make Me Count to Three

One Year of Dinner Table Devotions and Discussion Starters

The Case for Family Worship

Disciplines for a Godly Family

A Neglected Grace: Family Worship in the Christian Home