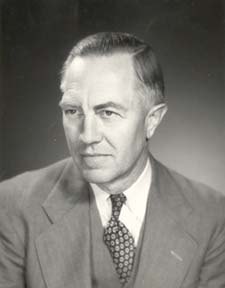 Broadly speaking there are three general systems which profess to set forth the teaching of Scripture regarding the Second Coming of Christ and the future course of the Kingdom. They are: Postmillennialism, Amillennialism, and Premillennialism.

The essential presuppositions of the three systems are similar. Each holds that the Scriptures are the word of God and authoritative. Each holds to the same general concept of the death of Christ as a sacrifice to satisfy Divine justice and as the only ground for the salvation of souls. Each holds that there will be a future, visible, personal Coming of Christ. Each holds that every individual is to receive a resurrection body, that all are to stand before the judgment seat of Christ, that the righteous are to be rewarded in heaven, and that the wicked are to be punished in hell. Each of the systems is, therefore, consistently evangelical, and each has been held by many able and sincere men. The differences arise, not because of any conscious or intended disloyalty to Scripture, but primarily because of the distinctive method employed by each system in its interpretation of Scripture, and they relate primarily to the time and purpose of Christ’s coming and to the kind of kingdom that is to be set up at His coming.

It should be helpful at the beginning of this study to define each of the systems as clearly as possible. Exact definitions cannot be given since numerous variations are found within each system. However, we submit the following as essentially correct. The first is our own. The latter three, including that of Dispensationalism, which is a radical form of Premillennialism, are given by Dr. J. G. Vos, a recent writer and son of Dr. Geerhardus Vos who for many years was a professor in Princeton Theological Seminary. These definitions are presented as the most accurate and comprehensive that we have found.

Postmillennialism is that view of the last things which holds that the Kingdom of God is now being extended in the world through the preaching of the Gospel and the saving work of the Holy Spirit, that the world eventually will be Christianized, and that the return of Christ will occur at the close of a long period of righteousness and peace commonly called the Millennium.

This view is, of course, to be distinguished from that optimistic but false view of human betterment and progress held by Modernists and Liberals which teaches that the Kingdom of God on earth will be achieved through a natural process by which mankind will be improved and social institutions will be reformed and brought to a higher level of culture and efficiency. This latter view presents a spurious or pseudo Postmillennialism, and regards the Kingdom of God as the product of natural laws in an evolutionary process, whereas orthodox Postmillennialism regards the Kingdom of God as the product of the supernatural working of the Holy Spirit in connection with the preaching of the Gospel.

‘Amillennialism is that view of the last things which holds that the Bible does not predict a ‘Millennium’ or period of worldwide peace and righteousness on this earth before the end of the world. (Amillennialism teaches that there will be a parallel and contemporaneous development of good and evil — God’s kingdom and Satan’s kingdom — in this world, which will continue until the second coming of Christ. At the second coming of Christ the resurrection and judgment will take place, followed by the eternal order of things — the absolute, perfect Kingdom of God, in which there will be no sin, suffering nor death).’

‘The false system of Bible interpretation represented by the writings of J. N. Darby and the Scofield Reference Bible, which divides the history of mankind into seven distinct periods or ‘dispensations,’ and affirms that in each period God deals with the human race on the basis of some one specific principle. (Dispensationalism denies the spiritual identity of Israel and the Church, and tends to set ‘grace’ and ‘law’ against each other as mutually exclusive principles).’

The word millennium is derived from two Latin words, mille, meaning thousand, and annum, meaning year. Hence the literal meaning is a thousand years. The term is found just six times in Scripture, all in the first seven verses of the twentieth chapter of Revelation, an admittedly difficult and highly symbolical portion of Scripture. The prefixes Post-, A-, and Pre-, as used with the word designate the particular view held regarding the thousand years. Premillennialists take the word literally, holding that Christ will set up a Kingdom on earth which will continue for precisely that length of time. Postmillennialists and Amillennialists take the word figuratively, as meaning an indefinitely long period, held by some to be a part, and by others to be the whole, of the Christian era.

Similarly, the word Chiliasm, more commonly used in early Church history than at the present time, comes from the Greek word chilias, also meaning thousand. The early Christians who believed that Christ at His coming would set up a one thousand year Kingdom were called Chiliasts. In their historical setting the words Chiliasm and Premillennialism have been used as synonyms, and it is commonly understood that today those who bear the name Premillennialists are logically the same as those who formerly were known as Chiliasts, although their systems differ in several important respects.

It should be said further in regard to Dispensationalism that while historic Premillennialism has held that the Church will go through the Tribulation, Dispensationalism holds that the Church will be raptured and so taken out of the world before that event, and that following the Rapture there will be a seven year period, during the first half of which the Jews are in covenant relationship with the Antichrist and dwell in Palestine but during the last half they endure terrible persecution under the Antichrist. At the end of the seven year period Christ returns, annihilates the Antichrist, and establishes His Kingdom in Jerusalem. The Jews are to have a position of special favor in the Kingdom, and are to remain a body distinct from the Gentiles throughout eternity. Dispensationalists are thus double ‘pre-s’ — pre-tribulation Pre-millennialists. This distinction is of great importance to the Dispensationalists, for it gives them a seven year period, allegedly the 70th week of Daniel’s prophecy (9:24-27), during which time all the events foretold in Revelation chapters 4 through 19 are to be fulfilled. That the Dispensationalists do attach great importance to this distinction is shown by the vigor with which they attack their fellow Premillennialists who are Post-tribulationalists, that is, who hold that the Church does go through the Tribulation.

Another prominent feature of Dispensationalism is its doctrine that when the Jews rejected Christ’s alleged offer of the Davidic Kingdom, the Kingdom was withdrawn, and the Church was then set up as a substitute,– this present church age being therefore an interlude or parenthesis period, during which time God deals with man through the Church until the return of Christ, when in turn the Church is to be taken away and the Kingdom established.

Dispensationalism is a comparatively recent development. These distinctive views were first effectively set forth by John N. Darby, a leader in the Plymouth Brethren group in England, about 1830, and later popularized by the Scofield Reference Bible. The real origin of the system, however, was considerably earlier, as we shall show when we discuss the history of the movement.

Primarily through the influence of the Scofield Reference Bible, with its explanatory Notes printed on the same page with the text, these views have now become the prevailing tenets of Premillennialism in the United States. They have never found creedal statement in any of the larger Protestant denominations, but are held by individuals throughout the denominations, and they are the standard belief of various Pentecostal and Holiness groups, which as a rule are not noted for scholarship or scientific research. They have been further popularized by the Bible institutes, most of which are dispensational in their teaching. These views have been just as consistently rejected and opposed in most of the theological seminaries, where scholarship and research are given more prominence, and by a large majority of the outstanding theologians.

There can be no doubt but that Premillennialism lends its self more to an emotional type of preaching and teaching than does Postmillennialism or Amillennialism. It gives something definite to look for in the immediate future and charges the present with portentous possibilities. While many who hold it do not so exploit it, it often has been used in that manner by those who are less restrained.

Premillennialism tends to make the Bible a textbook of ready reference, rather than a source book from which statements are to be collected, compared, placed in their logical relations, and so worked up into a Systematic Theology. It professes to ‘take God at His word,’ and to ‘accept the plain statement of truth as God has revealed it.’ Such reasoning has its place when directed against the Modernists who reject the doctrine of the full inspiration of the Scriptures. But it is out of place when directed against those who while accepting the doctrine of the full inspiration of Scripture nevertheless acknowledge that much truth is conveyed through figurative expressions. The fact of the matter is that God’s revelation as found in the Bible contains many deep mysteries and secrets which always have and probably always will challenge the intellects of even the wisest of men. Superficial statements about taking God at His word and about the plain harmony of God’s word are illusory and ought to be their own refutation. Rejecting such easy solutions, we are deeply grateful for the rich heritage that the scholars and theologies of the Church have handed down to us. The deeper understanding of the Scriptures and the correlation of these doctrines is not something that can be completed in a day, or even in a lifetime, but is a task for the Church throughout the centuries. Dr. William H. Rutgers writing on this subject has well said: ‘If men are engaged in intellectual battle for centuries to settle the Christological problem, and so many other theological questions, it is not to be expected that eschatology, the most difficult problem of theological science, will be solved differently. The positiveness and assurance with which many of these Bible students speak concerning the future of God’s program, is but pride and arrogance’ (Premillennialism in America, p. 42).

Premillennialism thrives best and makes its greatest gains in time of war or of national crisis when people are anxious and worried about the future. Premillennial clergymen from all denominations gather in ‘prophetic conferences’ to discuss impending events such as the establishment of the nation of Israel in Palestine, the future movements of Russia or Germany, signs that the apostasy has about run its course, etc., as these are assumed to be foretold in the ‘hidden’ wisdom of Daniel, Ezekiel, Zechariah, or the Book of Revelation.

Little pretense can be made to originality in this book. Most of what is said here has been said before by scholars much superior to the present writer. The primary purpose of the present work is to make available in summarized and systematized form the information concerning these eschatological problems that has been wrought out through generations of careful study by the best scholars that the Church has produced, to separate truth from error, and to express that truth as clearly and convincingly as possible. The Scripture quotations are from the American Standard Version of 1901 rather than the King James Version since the former is a more accurate translation.