Are Your Thoughts of God Too Human? 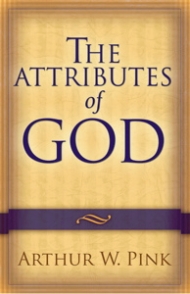 Excerpt from A.W. Pink’s book, The Attributes of God. This book handles a doctrine little understood and heard of infrequently in these days of humanism. This book gives God his proper place of supremacy and is a classic on the subject.

In one of his letters to Erasmus, Luther said, “Your thoughts of God are too human“. Probably that renowned scholar resented such a rebuke, the more so, since it proceeded from a miner’s son. Nevertheless, it was thoroughly deserved. We, too, prefer the same charge against the vast majority of the preachers of our day, and against those who, instead of searching the Scriptures for themselves, lazily accept their teachings. The most dishonoring conceptions of the rule and reign of the Almighty are now held almost everywhere. To countless thousands, even professing Christians, the God of Scripture is quite unknown.

Of old, God complained to an apostate Israel, “Thou thoughtest that I was altogether such an one as thyself” (Psalm 50:21). Such must now be His indictment against apostate Christendom. Men imagine the Most High is moved by sentiment, rather than by principle. They suppose His omnipotency is such an idle fiction that Satan can thwart His designs on every side. They think that if He has formed any plan or purpose at all, then it must be like theirs, constantly subject to change. They openly declare that whatever power He possesses must be restricted, lest He invade the citadel of man’s free will and reduce him to a machine. They lower the all-efficacious atonement, which redeems everyone for whom it was made, to a mere remedy, which sin-sick souls may use if they feel so disposed. They lessen the strength of the invincible work of the Holy Spirit to an offer of the Gospel which sinners may accept or reject as they please.

The god of this century no more resembles the Sovereign of Holy Writ than does the dim flickering of a candle the glory of the midday sun.

The god who is talked about in the average pulpit, spoken of in the ordinary Sunday school, mentioned in much of the religious literature of the day, and preached in most of the so-called Bible conferences, is a figment of human imagination, an invention of maudlin sentimentality. The heathen outside the pale of Christendom form gods of wood and stone, while millions of heathen inside Christendom manufacture a god out of their carnal minds. In reality, they are but atheists, for there is no other possible alternative between an absolutely supreme God, and no God at all. A god whose will is resisted, whose designs are frustrated, whose purpose is checkmated, possesses no title to deity, and far from being a fit object of worship, merits nothing but contempt.

The “god” which the vast majority of professing Christians “love”, is looked upon very much like an indulgent old man, who himself has no relish for folly, but leniently winks at the “indescretions” of youth. But the Word says, “Thou hatest all workers of iniquity” (Psalm 5:5). And again, “God is angry at the wicked every day” (Psalm 7:11). But men refuse to believe in this God, and gnash their teeth when His hatred of sin is faithfully pressed upon their attention. No, sinful man was no more likely to devise a holy God than to create the Lake of Fire in which he will be tormented for ever and ever.