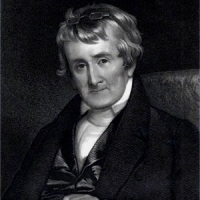 Yesterday a pious young minister called upon me, and said he wished I would write a short article on the duty of fasting. He observed, that among Christians of our day he feared this duty was much neglected.

I referred him to a valuable discourse of the late venerable Doctor Miller on that subject, published some years ago–which he said he had not seen. I told him that I was not in favor of periodic fasts once a week or once a month; that there were times when we ought not to fast–as our blessed Savior said to the disciples of John, in answer to their question, “Why do we and the Pharisees often fast, but your disciples fast not? Can the children of the bridechamber mourn as long as the bridegroom is with them? But the days will come when the Bridegroom shall be taken away from them, then shall they fast.”

Yet soon after our conversion he determined to fast one day in the week; but after practicing this for some time, he found that it was degenerating into a formal observance, and he gave up the practice. He remarked that it was evident from one declaration of our Lord, that there were cases of obstinate evils from which deliverance was not obtained, without adding fasting to our prayers. The reference was to Matt. 17:21: “Howbeit, this kind goes not out but by prayer and fasting.”

Fasting has made a part of all religions, true and false, and is much practiced among the heathen, the Jews, the Mohammedans, the Romanists, and the oriental Christians. And because the practice has been turned to superstition, Protestants have too much neglected this duty. But eminently devout men in all ages have found fasting an auxiliary to devotion and to the mortification of sin.

Some professors neglect it altogether, under the false notion that literal fasting is not enjoined, but only penitence and abstaining from sin. There are, however, degrees of fasting, both as to the time of abstinence from food, and whether the abstinence be total or partial. The Ninevites, when brought to repentance by the preaching of Jonah, tasted neither bread nor water for three whole days. This was a severe fast. Daniel fasted for three full weeks; but this was not a total abstinence, for he says, “I ate no pleasant bread, neither came meat nor wine in my mouth.” And Peter’s fast, when he saw the vision of the sheet let down, was only until three o’clock.

External fasting, without corresponding internal penitence and humiliation, is hypocrisy–and such fasting is severely reproved by the prophet. “‘Why have we fasted, and you see it not? Why have we humbled ourselves, and you take no knowledge of it?’ Behold, in the day of your fast you seek your own pleasure, and oppress all your workers. Behold, you fast only to quarrel and to fight and to hit with a wicked fist. Fasting like yours this day will not make your voice to be heard on high. Is such the fast that I choose, a day for a person to humble himself? Is it to bow down his head like a reed, and to spread sackcloth and ashes under him? Will you call this a fast, and a day acceptable to the Lord?” (Isaiah 58:3-5) “Even now–this is the LORD’s declaration–turn to Me with all your heart, with fasting, weeping, and mourning. Tear your hearts, not just your clothes, and return to the LORD your God. For He is gracious and compassionate, slow to anger, rich in faithful love, and He relents from sending disaster.” (Joel 2:12-13)

And our Lord warns us against ostentation in our fasting: “Whenever you fast, don’t be sad-faced like the hypocrites. For they make their faces unattractive so their fasting is obvious to people. I assure you: They’ve got their reward! But when you fast, put oil on your head, and wash your face, so that you don’t show your fasting to people but to your Father who is in secret. And your Father who sees in secret will reward you. (Matthew 6:16-18)

One special occasion on which the apostles and their companions were accustomed to fast, was when ministers were to be ordained and sent forth. Thus we read in Acts 13:2, “As they ministered to the Lord and fasted, the Holy Spirit said, Separate me Barnabas and Saul for the work whereunto I have called them. And when they had fasted and prayed, and laid their hands on them, they sent them away.” And again, chapter 14:23, “And when they had ordained elders in every church, and had prayed with fasting, they commended them to the Lord.” Is this practice now followed by those who ordain? As fasting renders some people sick, so that it hinders their devotion, such should adopt partial abstinence; for the Lord will have mercy, and not sacrifice.

One end of fasting, is that we may “afflict our souls.”