Can I Influence God by Offering the Right Kind of Prayer? 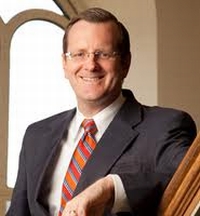 We need to learn how wrong it is to think of prayer as a way of getting something from God. People often think of prayer as a way of talking God into doing what they want Him to do. This is what lies behind “name it and claim it” Christianity, the idea that I can influence God by offering the right kind of prayer. But that attitude ultimately leads to hell. As C. S. Lewis once observed, “There are only two kinds of people in the end: those who say to God, ‘Thy will be done,’ and those to whom God says, in the end, ‘Thy will be done.’ All that are in Hell, choose it.” Besides, why would anyone want to change God’s mind? The Bible says that His will is “good, pleasing and perfect” (Rom. 12:2). Imagine what a mess our lives would be in if God always did what we wanted Him to do! For unlike God’s will, our own wills are evil, displeasing, and imperfect. ~ Philip Graham Ryken, When You Pray: Making the Lord’s Prayer Your Own