Dealing with Discrepancies in the Bible 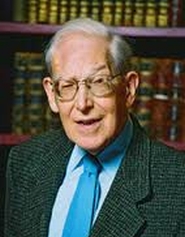 Many of us would agree with Peter when he says that parts of Paul’s letters are hard to understand! And there are difficulties and apparent discrepancies in other parts of the Bible too. On this matter of discrepancies, I remember reading something written by an old seventeenth-century Puritan named William Bridge. He said that harping on discrepancies shows a very bad heart, adding: “For a godly man, it should be as it was with Moses. When a godly man sees the Bible and secular data apparently at odds, well, he does as Moses did when he saw an Egyptian fighting an Israelite: he kills the Egyptian. He discounts the secular testimony, knowing God’s Word to be true. But when he sees an apparent inconsistency between two passages of Scripture, he does as Moses did when he found two Israelites quarreling: he tries to reconcile them. He says, ‘Aha, these are brethren, I must make peace between them.’ And that’s what the godly man does.” ~ James Packer