What Does it Mean, “If I be lifted up I will draw all men to me”? 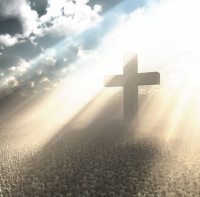 Note that the word “men” is not in the original Greek text; it is a translator’s addition. So He draws all of something, but what? It cannot be all “men” (humans) who ever were or will be, because at the time He says this, there are already untold millions that have passed into eternity, and many unto condemnation. Then does it mean absolutely all humans ever from now on? But that cannot be either, because it took centuries for the Gospel to spread out of the Middle East, and even today there are unreached people. During that time, many more have passed away without being drawn to Him. Yet Jesus Himself tells who the drawn ones are:

John 6:44-45 No man can come to me, except the Father which hath sent me draw him: and I will raise him up at the last day. It is written in the prophets, And they shall be all taught of God. Every man therefore that hath heard, and hath learned of the Father, cometh unto me.

Therefore, those who are drawn are all that do in fact come to Jesus. They come to Him because God has opened their heart and taught them.

Another reasonable interpretation is possible. The plan of God is grander than just people going to church and worshiping Him. He means to reconcile the whole created order to Himself. Since Jesus says He will draw “all,” He may be referring to “all things.” Thus, He may be saying that His death, and the power it has to eradicate sin, will be the fulcrum God will use to undo all the effects of evil everywhere in the universe:

For it pleased the Father that in him should all fullness dwell; And, having made peace through the blood of his cross, by him to reconcile all things unto himself; by him, I say, whether they be things in earth, or things in heaven. ~ Colossians 1:19-20

That in the dispensation of the fullness of times he might gather together in one all things in Christ, both which are in heaven, and which are on earth; even in him: ~ Ephesians 1:10

To believe that Jesus is saying he will draw “ALL MEN” (which the text does not say, by the way) – to include everyone of all time or even those who have lived since Jesus was lifted up – is to believe that a man can be savinigly drawn to Christ without them ever hearing of Christ! There is no such thing as salvation outside of the proclamation of the gospel. Men cannot improve upon their conscience and natural revelation in such a way as to be saved. God does not “draw” men to Christ through natural revelation and conscience. The Bible says those things stand only to condemn men. Men are drawn to Christ by the Spirit of God using the word of God.

This passage, like so many others that are quoted by Arminians without context or consideration, in fact does not help to prove their case. 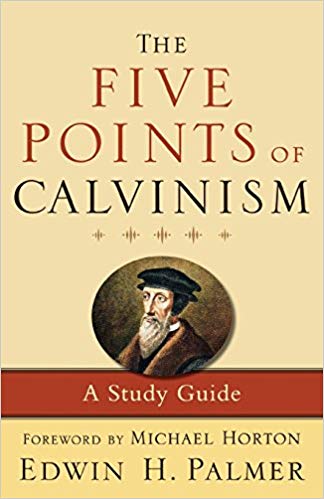 The Five Points of Calvinism: A Study Guide