Last week I ordered several new books that I’d like to read over the holiday season.

Calvin and the Reformed Tradition: On the Work of Christ and the Order of Salvation 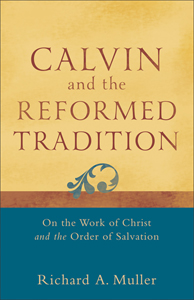 Richard Muller, a world-class scholar of the Reformation era, examines the relationship of Calvin’s theology to the Reformed tradition, indicating Calvin’s place in the tradition as one of several significant second-generational formulators in the book Calvin and the Reformed Tradition. Muller argues that the Reformed tradition is a diverse and variegated movement not suitably described either as founded solely on the thought of John Calvin or as a reaction to or deviation from Calvin, thereby setting aside the old “Calvin and the Calvinists” approach in favor of a more integral and representative perspective. Muller offers historical corrective and nuance on topics of current interest in Reformed theology, such as limited atonement/universalism, union with Christ, and the order of salvation.

Christian Faith: A Systematic Theology For Pilgrims on The Way 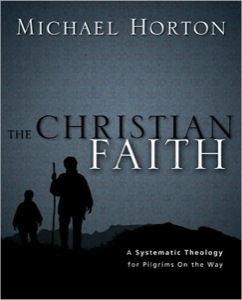 Michael Horton’s highly anticipated The Christian Faith represents his magnum opus and will be viewed as one of—if not the—most important systematic theologies since Louis Berkhof wrote his in 1932.

A prolific, award-winning author and theologian, Professor Horton views this volume as “doctrine that can be preached, experienced, and lived, as well as understood, clarified, and articulated.” It is written for a growing cast of pilgrims making their way together and will be especially welcomed by professors, pastors, students, and armchair theologians.

Features of this volume include: (1) a brief synopsis of biblical passages that inform a particular doctrine; (2) surveys of past and current theologies with contemporary emphasis on exegetical, philosophical, practical, and theological questions; (3) substantial interaction with various Christian movements within the Protestant, Catholic, and Orthodoxy traditions, as well as the hermeneutical issues raised by postmodernity; and (4) charts, sidebars, questions for discussion, and an extensive bibliography, divided into different entry levels and topics.

Last Things First: Unlocking Genesis 1-3 with the Christ of Eschatology 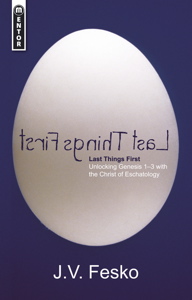 We think that we know the first three chapters of the Bible well ” Creation and the Fall, we say, knowingly. But have we ever stopped to consider that Jesus in the book of Revelation is called “the last Adam” and the “Alpha & Omega—? Should this make a difference to how we look at the first three chapters of Genesis? In Last Things First, Dr. John Fesko says that it does and that without seeing Christ and the end days, we cannot understand the first days.

Over the controversies that surround these first three chapters he says “there are many theologians who represent different schools of thought. Is there a better way to approach the opening chapters of Genesis in spite of the debate? The answer to that question is an unqualified, “Yes—… The way through the impasse is to interpret Genesis in the manner presented in the New Testament. More specifically, one must interpret Genesis 1-3 in the light of Christ and Eschatology.”

By doing this, he is able to explain this important portion of scripture from a holistic Christological viewpoint, one that is consistent throughout scripture. If you are tangled up on origins in Genesis then this may be your way through the maze. 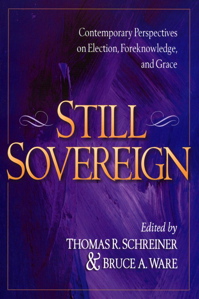 The relationship between divine sovereignty and the human will is a topic of perennial theological dispute and one that is gaining increased attention among contemporary evangelicals.

In Still Sovereign, thirteen scholars write to defend the classical view of God’s sovereignty. According to the editors, “Ours is a culture in which the tendency is to exalt what is human and diminish what is divine. Even in evangelical circles, we find increasingly attractive a view of God in which God is one of us, as it were, a partner in the unfolding drama of life. In contrast, the vision of God affirmed in these pages is one who reigns supreme over all, whose purposes are accomplished without fail, and who directs the course of human affairs, including the central drama of saving a people for the honor of his name, all with perfect holiness and matchless grace.”