Is God a Moral Monster? Understanding God in the Old Testament

Earlier this week I watched a debate online between Pastor Dustin Segers and Sye Ten Bruggencate and atheists Phillip Drum and Joshua Deaton at UNCG Greensboro.  In the opening statements, it was charged by the atheists that the “god of the Old Testament” was a racist, bigoted, sexist, cruel god, not reflective of the “god of love” we find in the New Testament.  This is followed by a list of cruelties and shocking examples of the Bible’s “twisted morality” – being stoned for picking up sticks, etc.  But this raises a question. How do we understand these things in the scripture? Many Christians struggle with making sense of the Old Testament. Here are some excellent resources on this subject! 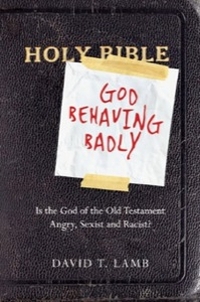 God Behaving Badly: Is the God of the Old Testament Angry, Sexist and Racist? by David T. Lamb

God has a bad reputation. Many think of God as wrathful and angry, smiting people right and left for no apparent reason. The Old Testament in particular seems at times to portray God as capricious and malevolent, wiping out armies and nations, punishing enemies with extreme prejudice.But wait. The story is more complicated than that. Alongside troubling passages of God’s punishment and judgment are pictures of God’s love, forgiveness, goodness and slowness to anger. How do we make sense of the seeming contradiction? Can God be trusted or not?David Lamb unpacks the complexity of the Old Testament to explore the character of God. He provides historical and cultural background to shed light on problematic passages and to bring underlying themes to the fore. Without minimizing the sometimes harsh realities of the biblical record, Lamb assembles an overall portrait that gives coherence to our understanding of God in both the Old and New Testaments. 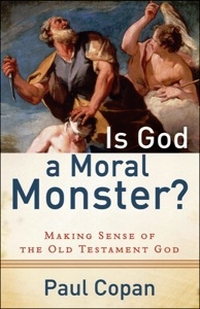 Is God a Moral Monster?: Making Sense of the Old Testament God by Paul Copan

A recent string of popular-level books written by the New Atheists have leveled the accusation that the God of the Old Testament is nothing but a bully, a murderer, and a cosmic child abuser. This viewpoint is even making inroads into the church. How are Christians to respond to such accusations? And how are we to reconcile the seemingly disconnected natures of God portrayed in the two testaments? In this timely and readable book, apologist Paul Copan takes on some of the most vexing accusations of our time, including: God is arrogant and jealous, God punishes people too harshly, God is guilty of ethnic cleansing, God oppresses women, God endorses slavery, Christianity causes violence and more. Copan not only answers God’s critics, he also shows how to read both the Old and New Testaments faithfully, seeing an unchanging, righteous, and loving God in both.