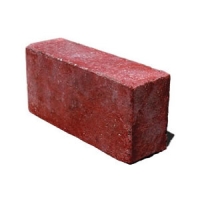 I know there are some who say, “Well, I’ve given myself to the Lord, but I don’t intend to give myself to any church.”  I say, “Now why not?”  And they answer, “Because I can be just as good a Christian without it.”  I say, “Are you quite clear about that?  You can be as good a Christian by disobedience to your Lord’s commands as by being obedient?  There’s a brick.  What is the brick made for?  It’s made to build a house.  It is of no use for the brick to tell you that it’s just as good a brick while it’s kicking about on the ground by itself, as it would be as part of a house.  Actually, it’s a good-for-nothing brick.  So, you rolling stone Christians, I don’t believe that you’re answering the purpose for which Christ saved you.  You’re living contrary to the life which Christ would have you live and you are much to blame for the injury you do.” ~  Charles .H. Spurgeon