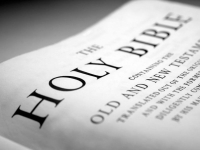 From our correspondence we gather that in these strenuous days, there are not a few who deplore the fact that they do not now have the time available for serious reading which they once had. Working conditions are so exacting, competition is so keen and ruthless, the pace has become so feverish, that the majority are too exhausted at the close of the day to apply themselves in the evening to anything which involves much effort. We sympathize with these weary toilers, and would offer to them the following remarks. First, God is no Egyptian taskmaster, laying upon us a burden grievous to be borne. Second, there is nothing more restful to the nerves and relief-bringing to an over-taxed mind than half an hour spent alone with God; say five minutes in reading a Psalm or a portion from the Gospels, 15 or 20 minutes at the Throne of Grace—thanking God for the mercies of the day, pouring out to Him our troubles, seeking fresh supplies of grace: and then reading a chapter from the Epistles. Third, retire to rest half an hour sooner than you have been doing, and rise that much earlier in the morning, so as to spend it with God, preparing yourself for the demands of the day. Fourth, be most particular in seeing to it that you spend several hours on the Sabbath over God’s Word and reading edifying books. It is not honouring to the Lord for you to rush from one meeting to another and leave yourself little opportunity for private devotions.

But there is another class of young people or those not so hardly pressed by the exegencies of modern life, who write and ask us what we consider to be “the best way to study the Bible.” Recently it has struck us that the term “study” in this relation has an egotistical sound and savours of carnality. Is it not almost irreverent to employ this language here—a dragging down of the holy and unique Word of God to the level of mere human productions? Is it a clear brain or a sensitive conscience which is most essential for profiting from Divine revelation? and which is more likely to be called into exercise by close “study”? “What method do you recommend for studying the Bible?” Does not such a question seem to indicate that the inquirer supposes the Sacred Scriptures to be addressed chiefly to the intellect? The questioner may not be conscious of this (for the heart is very deceitful), yet is not that what is really implied? Can you imagine one who had received a missive from his sweetheart proposing to sit down and “study” it? Would not that expression be altogether incongruous in such a connection?

But has not God Himself exhorted us to “study” His Word? Where? In what passage? The actual term “study” occurs but five times in the Bible. Twice in Proverbs (15:28; 24:2) where it signifies to “meditate” beforehand; once in Ecclesiastes 12:12; again in 1 Thessalonians 4:11—“Study to be quiet”; and finally, “study to show thyself approved unto God, a workman that needeth not to be ashamed, rightly dividing the Word of Truth” (2 Tim. 2:15), which is addressed to the preacher, and means he is to make it his paramount concern to endeavour to please God in all things, and is to spare no pains in equipping himself to minister the Word in season to needy souls, so that each may receive a suitable portion. Neither the verse itself nor the context has any reference to partitioning off the Scriptures, allotting one book to this dispensation and another book to that dispensation—which is a subtle device of the Enemy to rob God’s children of many needed parts of their spiritual bread.

Are we intimating, then, that the rank and file of God’s people should devote less time to the Scriptures, or that they should be encouraged to scan them superficially? No, indeed —God forbid! That against which we are here protesting is the God-dishonouring idea that His Word is merely a piece of literature, which may be “mastered” by a course of “study.” That which we would warn against is an undue occupation with the technical aspects of the Bible. By all means read and re-read the whole Bible through consecutively, so as to become acquainted with its contents. By all means, “search the Scriptures daily” (Acts 17:11) in order to test all you hear and read—“compare” one part with another, so that you may obtain fuller light upon what is before you. Pray constantly for the guidance and illumination of the Spirit, that He may open to you its Divine mysteries; slowly ponder each word in every verse. Above all, beg God to write His Word more legibly and fully upon the tablets of your heart.

God’s blessed Word is not for dissection by the knife of cold intellectuality, but is to be laid to heart. It is not given for us to display our cleverness and “brilliance” upon, but to be bowed before in true humility. It is not designed for mental entertainment, but for the regulation of our daily lives. Far, far more important than “method” is our motive when approaching the Word. Not to acquire that which will puff us up in our own conceits, but that which will subdue pride and bring us as supplicants to the footstool of Mercy, is what we should seek. Of what value is a knowledge of the original Hebrew and Greek, or a thorough acquaintance with the history, geography, and chronology of the Bible, if the heart be left cold and hard toward its Author? We very much doubt then, if this word “study” is an appropriate one to apply unto our perusal of the inspired page. What would be thought of a child, away from home, saying he was going to “study” the letters he had received from his parents? And the Bible consists of a series of letters from the Heavenly Father to His dear children. Then let us cherish them as such, and act accordingly.

As we wrote recently to two young friends in the U.S.A.: “I wonder if you will be surprised when I say that, I seriously doubt if God has called or requires you to ‘study’ His Word—what you need to do is FEED thereon. How much nourishment would your body derive from a study of the chemical properties of cereals and fruits, or from seeking to ascertain the various sorts of soil in which they are grown or the different types from which they are derived, or the meaning of their Latin names? None whatever. And I am persuaded that much of the modern ‘study of the Bible’ is equally profitless spiritually. True, such a study as I have mentioned above, would feed pride—acquiring a knowledge which many of your fellows possess not; but would it aid digestion?

Would it not be more practicable to pay closer attention to securing a nutritious and balanced diet? Would it not be more profitable if you gave greater attention to the mastication of your food? So it is, dear friends, with our spiritual food.” “Desire the sincere milk of the Word that ye may grow thereby” (1 Peter 2:2). That is the only nutritive food for the soul! Dwell not so exclusively upon favourite books of Scripture that you neglect others equally needful, but vary your reading, and then you will obtain a balanced diet. Memorize a verse or two every day and meditate thereon whenever you have a few spare moments, even when journeying to and from your work, and then you will masticate your Food. Put the precepts into practice, heed the warnings of Scripture, and then you will assimilate what you have fed upon.

N.B.—It should hardly be necessary for us to point out that this brief editorial is not designed for preachers and teachers.