Adultery is NOT the Unforgivable Sin 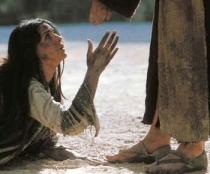 I knew someone recently who discovered that their spouse had been cheating on them. They had their suspicions so they used reverse phone lookup and found that her “friends” number was another mans. He confronted her and she told him that he’s being crazy. She denied any wrong doing so he believed her. They were happy for a while then more signs of cheating occurred and so he got a Private Investigator Denver involved. She was caught and now their relationship is in trouble. This got me thinking about adultery while I was comforting him and what God thinks of the sin.

Even adultery is not the unforgiveable sin. It is a terrible sin, but God forbid that there should be anyone who feels that he or she has sinned himself or herself outside the love of God or outside His kingdom because of adultery. No; if you truly repent and realize the enormity of your sin and cast yourself upon the boundless love and mercy and grace of God, you can be forgiven and I assure you of pardon. But hear the words of our blessed Lord: “Go and sin no more.” ~ Martyn Lloyd-Jones, Studies in the Sermon on the Mount