An Account of the Conversion of J.C. Ryle by Peter Toon & Michael Smout 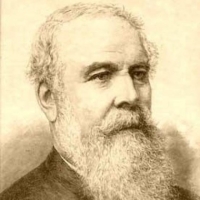 ‘…But two years before his conversion in 1837, a minor incident brought momentum to an inexorable process.

Ryle was out shooting with his old Eton friend, Algernon Coote, and some others. In the course of the day, he swore in the hearing of Coote’s father, a keen Christian, who rebuked him sharply. Ryle never swore again. This incident led to a lifelong friendship with Algernon Coote, of whom Ryle wrote: ‘he was the first person who ever told me to think, repent and pray.’ Although he did not become a Christian forthwith, he was very much aware that his own standard of life and that of the Christians he knew were in sharp contrast. Thus when the summer of 1837 came and with it Ryle’s conversion, the foundations had been laid. Just before he was due to take his final examinations, he became very ill with inflammation of the chest. The tutor’s report on his year’s work simply states ‘Aeger’ (‘sick’). But he was able to go through with the examinations, and for this he credits Bible reading and prayer. His illness gave him more time to think, and the more he thought the more he realised Jesus Christ was not at the center of his life.

Then one Sunday afternoon, he happened to go to a service in one of the parish churches. He remembered nothing particular about it, not even the sermon. But he did respond to the manner in which the second lesson was read -by someone whose name he never knew. The passage was from the second chapter of Ephesians and when the eighth verse was reached, the reader laid emphasis on it with a short pause between each clause. Thus Ryle heard: ‘By grace are ye saved – through faith – and that not of yourselves – it is the gift of God.’

The same truth which had so transformed Luther in his discovery of justification of faith now had like effect upon Ryle. By the grace of God, he had become a Christian. Henceforth, he would be doughtily upholding Reformation principles.’