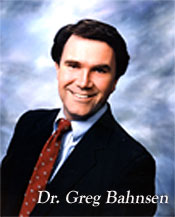 Here then is how the presuppositional (transcendental) method of defending the faith would proceed once the preliminary discussions and clarifications have taken place with the unbeliever-and the two outlooks now come head to head.1

The unbeliever says that he knows that miracles are impossible, that a personal almighty God does not exist, that ethical principles are not normative across cultural boundaries, etc. Or the unbeliever says that the believer cannot know that the Bible is God’s Word, or that Jehovah exists, or that Christ was His Son, etc. The Christian apologist must seek to uncover what this unbeliever’s personal convictions are regarding metaphysical and (coordinated with it) epistemological matters which are relevant: e.g., what is the nature of things which are real, how does the world operate, where did it come from, what is man’s place in the world, what is man’s nature, are there moral or epistemological norms which are not chosen by the individual, what are the criteria of truth, what are the proper methods of knowing, is certainty possible, etc.? Once the believer has a fairly good grasp of the general kind of worldview assumed (or explicitly advocated) by the unbeliever, we can suggest that it should be compared to the worldview of the Christian.

The Christian can show that the particular objections raised by the unbeliever would, within the Christian outlook, not prove to be legitimate objections or intellectual problems at all. Thus, who really “knows” what he is talking about, the Christian or the non-Christian? The cogency of each side’s theory and practice of knowing must be tested within the broader worldviews of which they are a part. The apologist explains how rationality, communication, meaning, science, morality, man’s redemption and renewal are quite understandable, meaningful, coherent, or intelligible within the Biblical worldview-within “the picture” of thinking God’s thoughts after Him. The apologist then engages in an internal critique of the unbeliever’s worldview to show that it is (1) arbitrary, and/or (2) inconsistent with itself, and/or (3) lacking the preconditions for the intelligibility of knowledge (language, logic, science, morality, redemption, etc.). Since that is the case, the unbeliever cannot “know” the things which he urges against Christianity-indeed, could not know anything at all and loses all claim to rationality. The Christian has proven the rationality and necessity of His scripturally based worldview.

The specific questions or philosophical issues with which an apologist chooses to intellectually press the unbeliever, and the particular aspects of experience which he selects for application of these issues, are wide, varied, and not prescribed in advance by the transcendental program of proving Christianity and disproving any version of autonomous unbelief. Take anything about which the unbeliever is committed or concerned-anything which seems uncontroversial and agreed upon by the unbeliever and believer alike-and from that point display that it would be unintelligible or meaningless or incoherent if the unbeliever’s worldview, instead of the believer’s, were true. The illustrations are as wide as human experience-from the curing of polio, to the composing of an opera, to the condemnation of police brutality, to the balancing of your checkbook. And the philosophical issues about which Van Til wrote we should broach to prove the unbeliever’s epistemology and discredit the unbeliever were extensive and varied. To consider a few, we read about the problem of making sense of (or possibility of):

predication, reason, explanation, interpretation, learning, certainty, universals, possibility, cause, substance, being or purpose, counting, coherence, unity or system in experience or in a conception of a “universe,” logic, individuating of facts, unchanging “natures” or laws in a chance universe, uniformity, science, connecting logic and facts or predication to reality, avoiding contradictions, avoiding the irrationalism or scepticism which arise from the tension between knowing discursively and knowing-asystematic, etc.

In short, the transcendental critique of unbelieving worldviews aims to show that, given their presuppositions, there could be no knowledge in any field whatsoever-that it would be impossible to find meaning or intelligibility in anything at all.

Once again it is important to recall that Van Til’s presuppositional apologetic does not argue that unbelievers in fact do not count, reason, learn, communicate, engage in science, explain, seek purpose and order, etc. Because they psychologically know God, they are both concerned for the issues listed above and are to some extent successful in negotiating or applying them to understand the world and their personal experiences. The issue is not what the unbeliever can do intellectually, but whether he can give an account of it (epistemologically) within the worldview he has advocated or espoused. Because all autonomous perspectives take man’s interpretation of the world to be “original”-to be the primary ordering of particulars or “rationalizing” (making systematic sense out of) the brute facts, it puts man at the center of the knowing process-and pays the price for doing so by slipping in subjectivism and skepticism ultimately (when consistent and driven to the logical outcome of his presuppositions). The only alternative-the Christian worldview-places the creative and providential activity of the Triune God “back of” all of man’s experiences and intellectual efforts, thereby solving the fundamental problems of epistemology which leave the unbelieving critic nowhere to stand. Only Christianity can account for or make sense of the intellectual accomplishments of the unbeliever. The critic of the faith has been secretly presupposing the truth of the faith even as he argues against it; his own arguments would be, upon analysis, meaningless unless they were wrong and Christian theism were true.

Van Til encapsulated the essence of the transcendental argument in apologetics and expressed it memorably in the “Credo,” which he wrote for his festschrift.2 In his proposal for a “consistently Christian methodology of apologetics,” Van Til’s suggestion was that “we claim . . . that Christianity alone is reasonable for men to hold. It is wholly irrational to hold any other position than that of Christianity. Christianity alone does not slay reason on the altar of ‘chance.’” Accordingly, said Van Til, we must reason by presupposition. And the powerful essence of that presuppositional argument is just this: “The only ‘proof’ of the Christian position is that unless its truth is presupposed there is no possibility of ‘proving’ anything at all.” What the Christian sets forth as the Bible’s worldview-as authoritatively revealed by God-is the indispensable foundation for proof itself-for the intelligibility of reason and experience, the ability to make sense of knowing anything whatsoever. At this point, the unbeliever’s choices are either to acknowledge the truth revealed by God’s Word (and repent of his sins, including intellectual autonomy) or to reject rationality itself. He had demanded that the Christian “give a reason” for his firm conviction (“hope”) about Christ and His Word (cf. 1 Peter 3:15), and the non-Christian must now accept the Christian’s reasoning (involving his concrete worldview) or retreat from the task and normativity of “giving reasons” (for rationality, intelligibility, meaning, logic, science, morality, etc.). In either case, the apologetical encounter has been successful for, and in favor of the truth of, the Christian position.