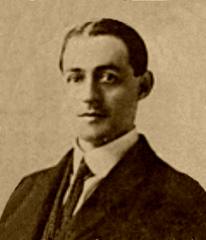 ‘Study to shew thyself approved unto God, a workman that needeth not to be ashamed, rightly dividing the word of truth.‘ 2 Timothy 2:15

‘For the time will come when they will not endure sound doctrine; but after their own lusts shall they heap to themselves teachers, having itching ears; And they shall turn away their ears from the truth, and shall be turned unto fables.‘ 2Timothy.4:3-4.

During the last two or three generations the pulpit has given less and less prominence to doctrinal preaching, until today, with very rare exceptions, it has no place at all. In some quarters the cry from the pew was, ‘we want living experience and not dry doctrine’; in others, ‘we need practical sermons and not metaphysical dogmas’; and yet others, Give us Christ and not theology. Sad to say, such senseless cries were generally heeded: ‘senseless’ we say, for there is no other safe way of testing experience, as there is no foundation for practicals to be built upon if they be divorced from Scriptural doctrine; while Christ cannot be known unless he be preached (1Cor.1:23), and he certainly cannot be ‘preached’ if doctrine is shelved. Various reasons may be given for the lamentable failure of the pulpit, chief among them being laziness, desire for popularity, superficial and lop-sided evangelism, and love of the sensational’.

Laziness. It is a far more exacting task, one which calls for much closer confinement in the study, to prepare a series of sermons on, say the doctrine of justification, than it does to make addresses on prayer, missions, or personal-work. It demands a far wider acquaintance with the Scriptures, a more rigid disciplining of the mind, and a more extensive perusal of the older writers. But this was too exacting for most of the ministers, and so they chose the line of least resistance and followed an easier course. It is because of his proneness to this weakness that the minister is particularly exhorted, ‘Give attendance to reading … take heed unto thyself and unto the doctrine: continue in them’ (1Tim.4:13,16); and again, ‘Study to show thyself approved unto God, a workman that needeth not to be ashamed, (2Tim.2: 15).

Desire for popularity. It is natural that the preacher should wish to please his hearers, but it is spiritual for him to desire and aim at the approbation of God. Nor can any man serve two masters. As the apostle expressly declared, ‘For if I yet pleased men, I should not be the servant of Christ’ (Gal.1:10): solemn words are those! How they condemn them whose chief aim is to preach to crowded churches! Yet what grace it requires to swim against the tide of public opinion, and preach that which is unacceptable to the natural man. But on the other hand, how fearful will be the doom of those who, from a determination to curry favour with men, deliberately withheld those portions of the truth most needed by their hearers. ‘Ye shall not add unto the word which I command you, neither shall ye diminish ought from it’ (Deut.4:2). Oh to be able to say with Paul, ‘I kept back nothing that was profitable unto you … I am pure from the blood of all’ (Acts.20:20, 26).

A superficial and lop-sided ‘evangelism’. Many of the pulpiteers of the past fifty years acted as though the first and last object of their calling was the salvation of souls, everything being made to bend to that aim. In consequence, the feeding of the sheep, the maintaining of a Scriptural discipline in the church, and the inculcation of practical piety, was crowded out; and only too often all sorts of worldly devices and fleshly methods were employed under the plea that the end justified the means; and thus the churches were filled with unregenerate members. In reality, such men defeated their own aim. The hard heart must be ploughed and harrowed before it can be receptive to the gospel seed. Doctrinal instruction must be given on the character of God, the requirements of his Law, the nature and heinousness of sin, if a foundation is to be laid for true evangelism. It is useless to preach Christ unto souls until they see and feel their desperate need of him.