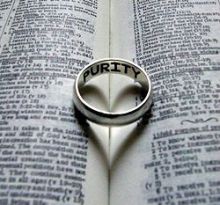 Recently Leadership Magazine commissioned a poll of a thousand pastors. The pastors indicated that 12 percent of them had committed adultery while in ministry – one out of eight pastors! – and 23 percent had done something they considered sexually inappropriate. Christianity Today surveyed a thousand of its subscribers who were not pastors and found the figure to be nearly double, with 23 percent saying they had had extramarital intercourse and 45 percent indicating they had done something they themselves deemed sexually inappropriate. One in four Christian men are unfaithful, and nearly one half have behaved unbecomingly! Shocking statistics! Especially when we remember that Christianity Todayreaders tend to be college-educated church leaders, elders, deacons, Sunday school superintendents, and teachers. If this is so for the Church’s leadership, how much more for the average member of the congregation? Only God knows! ~ R. Kent Hughes