The Efficacy of Infant Baptism by James Bannerman 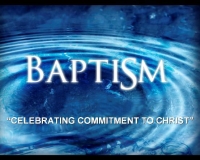 Excerpts from The Church of Christ: A Treatise on the Nature, Powers, Ordinances, Discipline and Government of the Christian Church by James Bannerman, 1869.

As a Reformed Baptist I find Bannerman’s comments interesting.  He’s addressing the tension that is often recognized by covenantal Baptists regarding the nature and efficacy of baptism with reference to infants.  In fact, like Calvin in his chapter on the sacrament of baptism, Bannerman sounds very “Baptistic” when speaking of baptism in relation to believers.

There are some theologians indeed who in their explanation of the Sacraments make them seals of the covenant in general, and not seals of the believer’s own personal interest in the covenant. They make the Sacraments attestations vouching for God’s promises of grace at large, but not vouching for God’s promises as appropriated by the believer and realized in the experience of the the worthy receiver of the Sacrament. This explanation of the Sacraments, however, is, I think, much too narrow and limited. It overlooks the personal act of the receiver in the Sacrament, and the spiritual meaning of the act. It disowns or neglects as not essential to the ordinance, the part which the participator has to perform, when in the case of the Lord’s Supper he personally takes of the bread and wine, or when in the case of Baptism he personally presents himself to be sprinkled with water in the name of the Trinity. (pg. 107)

And it is an error, abundant illustration of which could be given from the writings both of the advocates and opponents of infant Baptism, to make Baptism applicable in the same sense and to the same extent to infants and to adults, and to form our notions and frame our theory of the Sacrament from its character as exhibited in the case of infants. It is very plain, and very important to remember, that the only true and complete type of Baptism is found in the instance of those subjects of it who are capable both of faith and repentance, not in the instance of those subjects of it who are not capable of either. The Bible model of Baptism is adult Baptism, and not infant. (pg. 109)