John Harper – Hero of the Titanic 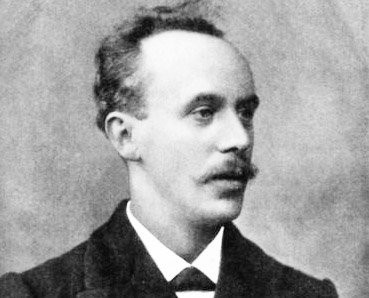 John Harper | Hero of the Titanic

It was April 15, 1912, when HMS Titanic sank beneath the icy waters of the North Atlantic, taking with it 1517 lives. The largest and most luxurious ship at the time was gone, reminding the world of our frailty as human beings. But there is more to the sinking of the Titanic than a historical tragedy. There is a story of courageous heroism and unshakable faith.

John Harper was aboard the Titanic when she set sail from Southampton, England, on her maiden voyage. An evangelist originally from Glasgow, Scotland, he was well known throughout the United Kingdom as a charismatic, passionate speaker who led many to Christ through his gift of preaching. In 1912, Reverend Harper received an invitation to speak at the Moody Church in Chicago, U.S.A. On April 11, 1912, John Harper boarded the Titanic.

Titanic: The Ship of Dreams

The ship that would never be sunk, a ship of dreams becomes a ship of nightmares as it is swallowed beneath the freezing Atlantic Ocean. Hit by a massive iceberg it was as much the arrogance of the ships owners and operators that caused the tragedy of the Titanic on 14th April 1912. 1,517 people perished that night but there was at least one man who was focused on saving souls amidst the horror. As the icy waters brought the life of John Harper to a close he still had the energy to call one final person to come to Christ. This is a story of tragedy but it is also a story of faith and courage and eternal hope.  Check out the book now!

On the evening of April 14, as passengers danced in the ballroom and tried their luck at the card tables, John Harper put his daughter to bed and read his devotions as he did every night. At 11:40pm, the Titanic struck an iceberg. The “unsinkable” ship was doomed. Either in disbelief or unaware at the time, passengers continued about their pleasures. It wasn’t until the ship’s crew sent up a series of distress flares that passengers realized the seriousness of their situation. Then chaos ensued.

It all happened so fast. But John Harper’s response left an historic example of courage and faith. Harper awakened his daughter, picked her up and wrapped her in a blanket before carrying her up to the deck. There he kissed her good-bye and handed her to a crewman who put her into lifeboat 11. Harper knew he would never see his daughter again, His daughter would be left an orphan at six years of age.

Harper then gave his life jacket to a fellow passenger, ending any chance of his own survival. From a survivor we learn that he was calling out, “Women and children and unsaved people into the lifeboats.” So he understood that there was a more important thing than surviving that terrible disaster. He understood that there were those who were unprepared to face eternity.

As the sounds of terror and mayhem continued, Harper focused on his God-given purpose. Survivors reported seeing him on the upper deck on his knees, surrounded by terrified passengers, praying for their salvation. 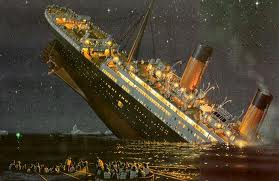 At 2:40am, the Titanic disappeared beneath the North Atlantic, leaving a mushroom-like cloud of smoke and steam above her grave and, tragically, over 1000 people, including Harper, fighting for their lives in the icy water. He managed to find a piece of floating wreckage to hold onto. Quickly he swam to every person he could find, urging those about him to put their faith in Jesus Christ. While death forced others to face the folly of their life’s pursuits, John Harper’s goal of winning people to Jesus Christ became more vital.

In the water, John Harper was moving around as best he could, speaking to as many people as possible. His question was, “Are you saved?” And if they weren’t saved and if they didn’t understand that terminology, then as rapidly as he could he explained the Christian Gospel.

Soon John Harper succumbed to the icy sea. But even in his last moment, this tireless man of undying faith continued his life pursuit of winning lost souls.

One person remembered, “I am a survivor of the Titanic. I was one of only six people out of 1517 to be pulled from the icy waters on that dreadful night. Like hundreds around me, I found myself struggling in the cold, dark waters of the North Atlantic. The wail of the perishing was ringing in my ears when there floated by me a man who called to me, ‘Is your soul saved?’ Then I heard him call out to others as he and everyone around me sank beneath the waters. There, alone in the night with two miles of water under me, I cried to Christ to save me. I am John Harper’s last convert.”