The Love of God by Arthur Pink

There are three things told us in Scripture concerning the nature of God. First, ‘God is spirit’ (John 4:24). In the Greek there is no indefinite article, and to say ‘God is a spirit’ is most objectionable, for it places Him in a class with others. God is ‘spirit’ in the highest sense. Because He is ‘spirit’ He is incorporeal, having no visible substance. Had God a tangible body, He would not be omni-present, He would be limited to one place; because He is ‘spirit’ He fills heaven and earth. Secondly, ‘God is light’ (1 John 1:5), which is the opposite of darkness. In Scripture ‘darkness’ stands for sin, evil, death, and ‘light’ for holiness, goodness, life. ‘God is light’ means that He is the sum of all excellency. Thirdly, ‘God is love’ (1 John 4:8). It is not simply that God ‘loves,’ but that He is Love itself. Love is not merely one of His attributes, but His very nature.

There are many today who talk about the love of God, who are total strangers to the God of love. The divine love is commonly regarded as a species of amiable weakness, a sort of good-natured indulgence; it is reduced to a mere sickly sentiment, patterned after human emotion. Now the truth is that on this, as on everything else, our thoughts need to be formed and regulated by what is revealed thereon in Holy Scripture. That there is urgent need for this is apparent not only from the ignorance which so generally prevails, but also the low state of spirituality which is now so sadly evident everywhere among professing Christians. How little real love there is for God. One chief reason for this is because our hearts are so little occupied with His wondrous love for His people. The better we are acquainted with His love–its character, fulness, blessedness the more will our hearts be drawn out in love to Him.

1. The love of God is uninfluenced. By this we mean, there was nothing whatever in the objects of His love to call it into exercise, nothing in the creature to attract or prompt it. The love which one creature has for another is because of something in the object, but the love of God is free, spontaneous, uncaused. The only reason why God loves any is found in His own sovereign will: ‘The LORD did not set His love upon you, nor choose you, because ye were more in number than any people; for ye were the fewest of all people: but because the LORD loved you’ (Deut 7:7-8). God has loved His people from everlasting, and therefore nothing about the creature can be the cause of what is found in God from eternity. He loves from Himself ‘according to His own purpose’ (2 Tim 1:9).

‘We love Him, because He first loved us’ (1 John 4:19). God did not love us because we loved Him, but He loved us before we had a particle of love for Him. Had God loved us in return for ours, then it would not be spontaneous on His part; but because He loved us when we were loveless, it is clear that His love was uninfluenced. It is highly important, if God is to be honoured and the heart of His child established, that we should be quite clear upon this precious truth. God’s love for me and for each of ‘His own’ was entirely unmoved by anything in us. What was there in me to attract the heart of God? Absolutely nothing. But, to the contrary, there was everything to repel Him, everything calculated to make Him loathe me–sinful, depraved, a mass of corruption, with ‘no good thing’ in me.

‘What was there in me that could merit esteem,
Or give the Creator delight?
‘Twas even so, Father, I ever must sing,
Because it seemed good in Thy sight.’

2. It is eternal. This is of necessity. God Himself is eternal, and God is love; therefore, as God Himself had no beginning, His love had none. Granted that such a concept far transcends the grasp of our feeble minds, nevertheless, where we cannot comprehend we can bow in adoring worship. How clear is the testimony of Jeremiah 31:3, ‘I have loved thee with an everlasting love: therefore with lovingkindness have I drawn thee.’ How blessed to know that the great and holy God loved His people before heaven and earth were called into existence, that He had set His heart upon them from all eternity. Clear proof is this that His love is spontaneous, for He loved them endless ages before they had any being.

The same precious truth is set forth in Ephesians 1:4-5: ‘According as He hath chosen us in Him before the foundation of the world, that we should be holy and without blame before Him. In love having predestinated us.’ What praise should this evoke from each of His children! How tranquilizing for the heart: since God’s love toward me had no beginning, it can have no ending! Since it is true that ‘from everlasting to everlasting’ He is God, and since God is ‘love,’ then it is equally true that ‘from everlasting to everlasting’ He loves His people.

3. It is sovereign. This also is self-evident. God Himself is sovereign, under obligations to none, a law unto Himself, acting always according to His own imperial pleasure. Since God is sovereign, and since He is love, it necessarily follows that His love is sovereign. Because God is God, He does as He pleases; because God is love, He loves whom He pleases. Such is His own express affirmation: ‘Jacob have I loved, but Esau have I hated’ (Rom 9:13). There was no more reason in Jacob why he should be the object of divine love than there was in Esau. They both had the same parents, and were born at the same time, being twins; yet God loved the one and hated the other! Why? Because it pleased Him to do so.

The sovereignty of God’s love necessarily follows from the fact that it is uninfluenced by anything in the creature. Thus, to affirm that the cause of His love lies in God Himself is only another way of saying, He loves whom He pleases. For a moment, assume the opposite. Suppose God’s love were regulated by anything else than His will: in such a case He would love by rule, and loving by rule He would be under a law of love, and then so far from being free, God would Himself be ruled by Law. ‘In love having predestinated us unto the adoption of children by Jesus Christ to Himself, according to’–what? Some excellency which He foresaw in them? No! What then? ‘According to the good pleasure of His will’ (Eph 1:4-5).

4. It is infinite. Everything about God is infinite. His essence fills heaven and earth. His wisdom is illimitable, for He knows everything of the past, present, and future. His power is unbounded, for there is nothing too hard for Him. So His love is without limit. There is a depth to it which none can fathom; there is a height to it which none can scale; there is a length and breadth to it which defies measurement, by any creature standard. Beautifully is this intimated in Ephesians 2:4: ‘But God, who is rich in mercy, for His great love wherewith He loved us’: the word ‘great’ there is parallel with the word ‘so’ in John 3:16–‘God so loved.’ It tells us that the love of God is so transcendent it cannot be estimated.

‘No tongue can fully express the infinitude of God’s love, or any mind comprehend it: it ‘passeth knowledge’ (Eph 3:19). The most extensive ideas that a finite mind can frame about divine love, are infinitely below its true nature. The heaven is not so far above the earth as the goodness of God is beyond the most raised conceptions which we are able to form of it. It is an ocean which swells higher than all the mountains of opposition in such as are the objects of it. It is a fountain from which flows all necessary good to all those who are interested in it’ (John Brine, 1743).

5. It is immutable. As with God Himself there is ‘no variableness, neither shadow of turning’ (James 1:17), so His love knows neither change nor diminution. The worm Jacob supplies a forceful example of this: ‘Jacob have I loved,’ declared Jehovah, and despite all his unbelief and waywardness, He never ceased to love him–John 13:1 furnishes another beautiful illustration. That very night one of the apostles would say, ‘Show us the Father’; another would deny Him with cursings; all of them would be scandalized by, and forsake Him. Nevertheless, ‘having loved His own which were in the world, He loved them unto the end.’ The divine love is subject to no vicissitudes. Divine love is ‘strong as death.’ ‘Many waters cannot quench love, neither can the floods drown it’ (Song 8:6-7). Nothing can separate from it (Rom 8:35-39).

‘His love no end nor measure knows,
No change can turn its course,
Eternally the same it flows
From one eternal source.’

6. It is holy. God’s love is not regulated by caprice, passion, or sentiment, but by principle. Just as His grace reigns not at the expense of it, but ‘through righteousness’ (Rom 5:21), so His love never conflicts with His holiness. ‘God is light’ (1 John 1:5) is mentioned before ‘God is love’ (1 John 4:8). God’s love is no mere amiable weakness or effeminate softness. Scripture declares that ‘whom the Lord loveth He chasteneth, and scourgeth every son whom He receiveth’ (Heb 12:6). God will not wink at sin, even in His own people. His love is pure, unmixed with any maudlin sentimentality.

7. It is gracious. The love and favour of God are inseparable. This is clearly brought out in Romans 8:32-39. What that love is, from which there can be no ‘separation,’ is easily perceived from the design and scope of the immediate context: it is that goodwill and grace of God which determined Him to give His Son for sinners. That love was the impulsive power of Christ’s incarnation: ‘God so loved the world that He gave Hs only begotten Son’ (John 3:16). Christ died not in order to make God love us, but because He did love His people. Calvary is the supreme demonstration of divine love. Whenever you are tempted to doubt the love of God, Christian reader, go back to Calvary.

Here then is abundant cause for trust and patience under divine affliction. Christ was beloved of the Father, yet He was not exempted from poverty, disgrace, and persecution. He hungered and thirsted. Thus, it was not incompatible with God’s love for Christ when He permitted men to spit upon and smite Him. Then let no Christian call into question God’s love when he is brought under painful afflictions and trials. God did not enrich Christ on earth with temporal prosperity, for He had not where to lay His head. But He did give Him the Spirit without measure (John 3:34). Learn then that spiritual blessings are the principal gifts of divine love. How blessed to know that when the world hates us, God loves us! 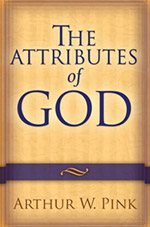 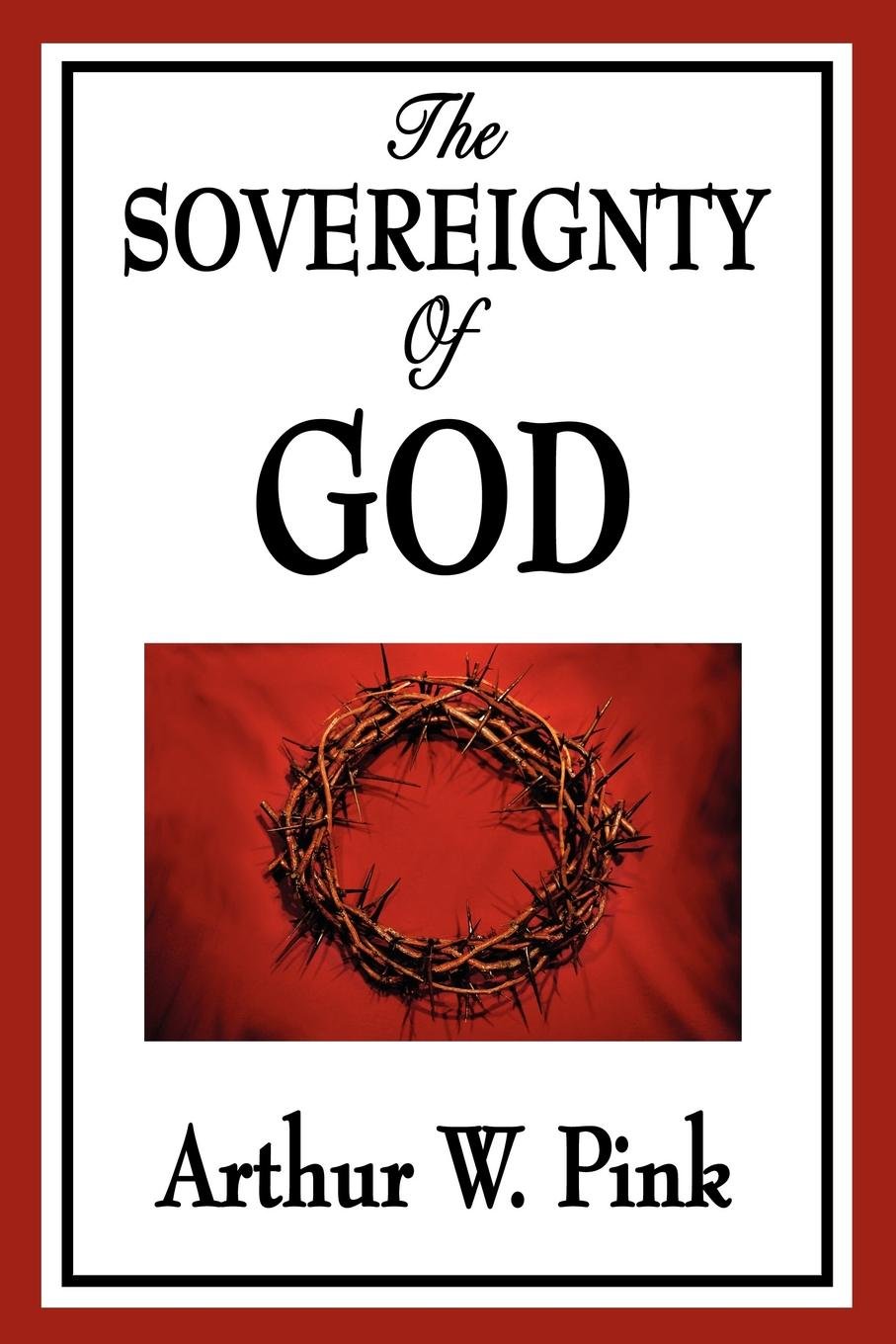 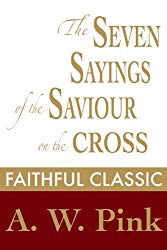